ALBUM REVIEW: “Before The Sun Rises” by Tic Tic Boom! 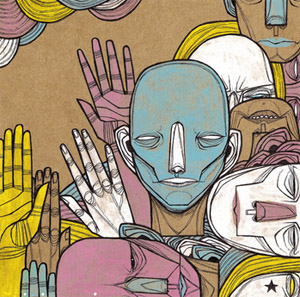 The latest release from Tic Tic Boom!, Before The Sun Rises, may only be a 5-song EP, but it packs quite the musical punch. From the first song, “For Feeling,” the synth pop hits hard, even though lead singer Leilani Francisco’s vocals are rather dreamlike and almost soothing. Her voice plus the upbeat music makes for an interesting contrast, somewhat reminiscent of Alisa Xayalith from The Naked and Famous. “Ghost of You” is just as ethereal-sounding as the title suggests, and the refrain, “Don’t stop haunting me” suggests the inability to let go.

Many of the lyrics on the EP are rather dark – “Cells” talks about how we’re all going to die eventually, and one of the first lines in “Bees” is “…buried six feet under me.” Then on “Constellation Boy,” the circle comes around as Francisco sings “I’d like to connect your dots/you’re a constellation,” meaning that ultimately, we’re all made up of stars. The mix of deep lyrics and upbeat synth on Before The Sun Rises is a wonderful congruence of sound and shows the growth of Tic Tic Boom! very well.