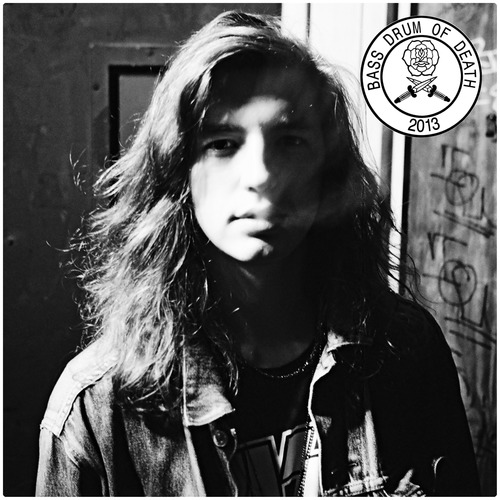 It’s a good thing punk is so purposefully simple, or else Bass Drum Of Death’s John Barrett would have had a hard time putting together his self-titled sophomore album. Hailing from Mississippi, Barrett singlehandedly constructed a classic lo-fi garage rocker that attempts to prove the music world hasn’t advanced much from the mid-1970s. Unfortunately, the less-is-more aesthetic doesn’t often come through successfully on the 11 songs of Bass Drum Of Death, which are far less than deadly.

A major problem lies in the odd balancing of vocals, which sound fuzzy and distant, but are incomprehensible throughout the entire album. Rather than achieving that great realm of cool detachment, it instead leaves songs like “I Wanna Be Forgotten,” well, rather forgettable. What could be a solid Wavves-esque up-tempo song feels muddled and incoherent. The short and sweet “Shattered Me” benefits greatly from dual guitars that bring the song out of its chugging rhythm for a moment, but generally, what pass for solos on this album are low points. In the middle of “Fines Lines” and “White Fright,” they merely demonstrate Barrett’s lack of instrumental proficiency.

Classic punk hid those weak spots with quick tempos and more aggressive hooks, but when BDOD slows down for “Faces of the Wind” or continues to repeat itself on closer “(You’ll Never Be) So Wrong,” all exhilaration is lost. And there’s no excuse for monotony. Repetition in “Bad Reputation” (not even close to a replacement for Joan Jett’s punk anthem of the same name) merely leaves the listener bored. All forte and no crescendo makes Barrett a dull boy.