“At Home” by Keep Shelly In Athens 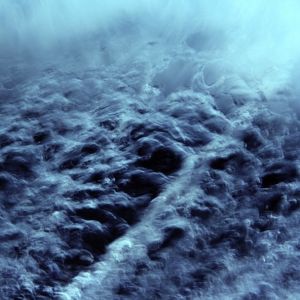 We first heard about Greece’s dreamy act Keep Shelly In Athens in 2010, back when their excellent first EP, In Love With Dusk, came out on Gorilla Vs. Bear-run label Forest Family. The mini-album offered ample proof that chillwave had already traveled across the pond, and that Europeans were doing it equally well. Since then, the duo from the Athens neighborhood of Kypseli (sounds familiar?) put out another three EP’s and two 7” singles, all in preparation for this year’s album. But those of you who have not followed KSIA’s progress since that first EP might be quite surprised by the sound of the final product. For the most part, the chillwave is gone; its influence has been retained in the steady, snare-heavy beat, but the omnipresent vintage haze has given way to dark and austere, ’80s-referencing pad-work.

Opener “Time Exists Only To Betray Us” sounds almost like the Cocteau Twins, albeit stripped down of the shoegazey guitar wall, and first single “Flyway” quite literally evokes Knight Rider’s theme song in the bass line. But it’s actually groovy tracks like “Higher” and “Madmen Love” that show the most promising new development in the band’s music, in the shape of their fresh infatuation with Tricky-esque trip-hop. Ultimately, the songs might not be breaking any new ground, but it’s hugely impressive how well these late debutantes were able to transgress the limitations of the zeitgeist that birthed them.