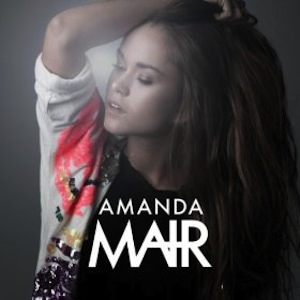 As a general rule, 16 isn’t the most glamorous of ages. It is—or rather, it’s supposed to be—a messy, emotional, and frustrating time. While most of us wasted that year drinking in basements and rolling our eyes at our parents, rising star Amanda Mair spent it working on her self-titled debut album. Now 17, the Swedish pop darling is releasing that album—and it’s incredible. Like a more accessible Kate Bush, Mair is expressive, mature, and wise beyond her years.

On Amanda Mair, she trills over classical string arrangements and shiny synth soundscapes in a sublime and cohesive first effort. Gliding effortlessly from one gorgeous, radio-ready song to the next, Mair’s debut feels just about perfect for a bitter winter day in Scandinavia. The most impressive songs include “House” and “Skinnarsviksberget.” The former is an urgent, glittery ballad sung over gentle piano and pulsing bass. Stunningly layered and beautifully sung, “House” is a catchy single that shows off Mair’s true talent. Meanwhile, “Skinnarviksberget” is a smooth, intimate plea for attention. Questioning and poignant, “Skinnarviksberget” proves Mair to be surprisingly self-aware. At one point, she begs us: “won’t you give me a minute of your precious time?” Well, after a debut album like this one, the answer, of course, is an unequivocal yes.