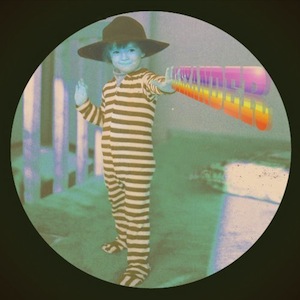 Either Alexander Ebert is such a gifted artist that he just has to keep creating or the guy has severe A.D.D. Besides fronting both Ima Robot and Edward Sharpe and the Magnetic Zeros, he’s about to come out with his first solo album aptly named Alexander.

If you’re at all familiar with either of Ebert’s other musical ventures you’ll appreciate this record. Most especially if you’re a fan of Edward Sharpe and the Magnetic Zeros. The first single off the record “Truth” is one of my favorite tracks. It grabbed me at the opening whistle and cemented further as Ebert croons: “When the darkness comes let it inside you. Your darkness is shinning, my darkness is shining. Have faith in myself. Truth.” In “Bad Bad Love,” Ebert’s voice reminds me a bit of Bob Dylan, except I can actually understand Ebert. Given the fact that not only did Ebert write every song on Alexander (IR and ES&MZ were both collaborative efforts), but also performed every instrument, sound, tap, snap, and whisper on this record, lends it an intimate and personal feel. Listening to the album is like an invite to a performance just for you. Alexander is a solid record from start to finish.