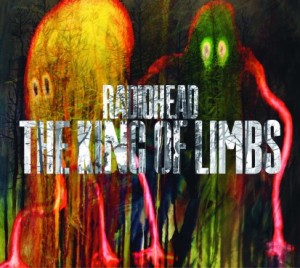 With April Fools coming early, Radiohead has just pulled a major one by quietly releasing their eighth studio album, The King of Limbs, one day earlier than scheduled. In fact, basically everything about this latest album has been quiet. Subscribers to their mailing list received a option just two days ago with the general pop-following public finding out only a couple of days before that. Just as its release lacked even Radiohead-level pomp and circumstance, the new tracks, ever so unfortunately, follow suit.

While the opening “Bloom” promises an exciting direction towards electro-jazz with nimble drums and boppy bass, it does not carry through into the other songs, leaving you guessing what the new ingredient in the band’s ever-changing experiments will be this time around. By the time you get to the third track, “Little By Little,” you start to hear very familiar, very trademark Radiohead elements: brooding, undistorted guitar with the most delicate electronic trim. It is at this point that it becomes apparent that The King of Limbs could very well be the sister album to Amnesiac, which was, after all, an absolute breather between epic albums Kid A and Hail To The Thief. However, even Amnesiac had its power surges, and this album does not seem to even attempt a definitive peak.

Still, The King of Limbs is still very Radiohead, very modern, and very enjoyable. Also, it is very unsurprising in its lack of impact since the band has never in their career released three epic albums in a row. Perhaps this is even a valuable strategy. Every band needs to release themselves from the pressure of dropping an epic album and every fan needs a break as well. I don’t know about you, but I am STILL not done marveling over In Rainbows, not even after three years.