ALBUM REVIEW: “From The Vanishing Point” by Red Wanting Blue 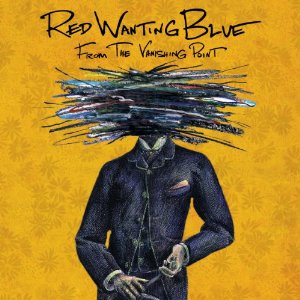 Fair warning: I don’t have anything nice to say about this album. From the opening chords of Red Wanting Blue‘s newest release, I shuddered with flashbacks of the worst that late ’90s country-alternative had to offer. From The Vanishing Point offers Rock-Americana, that honky-tonk genre of the underdog on the touring road, cocaine, and dinosaurs. (See track listing.)

Frontman Scott Terry’s gravely baritone and the band’s easy to predict hooks remind me of a watered down Nickelback. Lyrics like “What we have in common/Is we don’t like gray clouds around/They only ever bring us down” sound like sing-alongs for the summer campfire.

This album is their 9th in a 10-year journey spent hustling from city to city, playing for their fans and attempting to wrangle new ones. I can respect that. The effort and fortitude involved in dedicating your life to creativity (hell, I was being baby-sat when they first started) is beyond admirable. I just don’t like this album.

Red Wanting Blue – From The Vanishing Point – Stream by fanaticpro