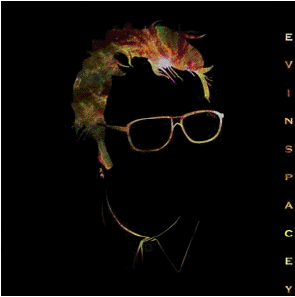 It took a cease and desist letter from Kevin Spacey to change the name of the album, but Jason Drake’s latest under the Cassettes Won’t Listen moniker soldiers on with his latest electronic endeavor, EVINSPACEY. The album has almost nothing to do with the actor, though naming it after him proved to be a pretty effective publicity stunt. As Spacey is distinctly known for his character acting, so Cassettes Won’t Listen is quickly making a name for itself in ambient electronic music.

Listen to the album and you’ll hear lo-fi gems like “Stuck” and “Perfect Day”, ethereal in their mellow groove. “Wave to the Winners” sounds eerily like The Postal Service’s “Nothing Better”, with Drake’s melancholy voice whisper-singing in full force. Though not necessarily all that original, it’s great background music if anything and inspired at the least.

Since “Freeze & Explode” was featured on the NBC show “Chuck” back in 2009, Cassettes Won’t Listen has gained acclaim and quite the following. With countless remixes of their songs from the likes of Daft Punk and Aesop Rock, it seems that Jason Drake is finally starting to come into his own in electronic music, having a strong list of admirers and peers. EVINSPACEY sets the stage for the next great Cassettes Won’t Listen album as Drake continues to venture towards lusher, more complete soundscapes.