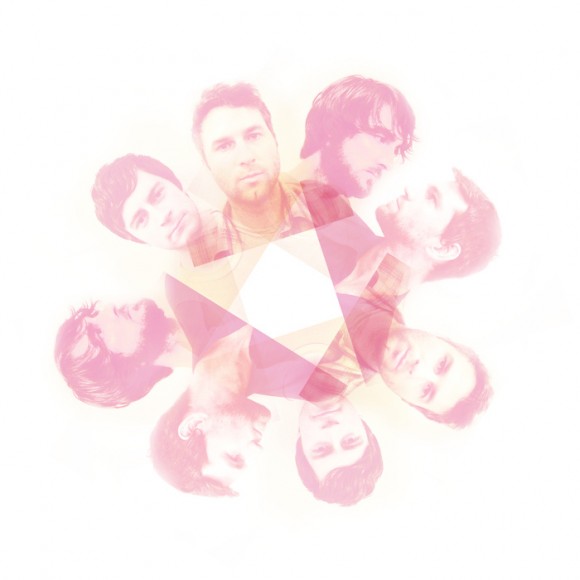 “Monsieur, it’s a great pleasure”, cackles a French voice in the beginning of Bronze‘s track “Count to Two”. While it isn’t the opening song off their 5-track EP (that title actually belongs to “Horses”, a pop song set in space, literally) it does illustrate a fact about this Brooklyn band. Clocking in at just over 20 minutes, their 5 track, self-titled EP manages to make every moment pleasurable.

Their EP does begin with another voice over, that of Frank F. Borman, an astronaut on Apollo 8, the first spacecraft to leave Earth’s orbit. “Now approaching Lunar sunrise and for all the people back on Earth the crew of Apollo 8 has a message we would like to send to you: In the Beginning God created the Heaven and the Earthâ€¦” In reality Borman would continue to read the passage from Genesis, but this short clip on “Horses” is a great opening for a band that balance a spacey, synth-heavy sound, while still orbiting a rock ‘n roll core. Perhaps it is also a nod to the musical re-birth of Charlie Davis and Ian Menard, formally members of The Detachment Kit, who now joined by Jess Birch and Ian MacDermut are ready to pursue a new frontier.

The rest of the Bronze EP never lets up. “Sunny Day” has an airy, textured quality that has an early Modest Mouse feel, while “Sara Lisa” highlights Bronze’s ability to produce anthemic, while still ambient, hook-laden pop. “Count to Two” showcases their T-Rex influence, wrestling with an intense, night-out-on-the-town type energy. What makes this EP worth the listen is Bronze’s ability to allude to various musical references without sounding contrived. And while they may tip their hats to their influences, Bronze has come up with a solid 20 minutes of music that is all their own. And that’s what makes this EP pure gold or, in this case, Bronze.

You can check out Bronze and their EP on Bandcamp or Facebook. Also, look out for their upcoming video for “Horses,” which was made possible by the band’s Kickstarter campaign, where they exceeded their fundraising goal.