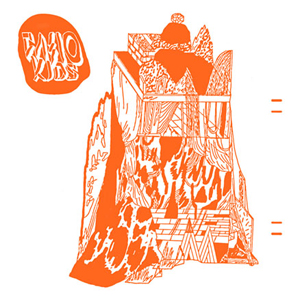 When I popped on my headphones to preview Aabenbaringen Over Aaskammen, the group's newest release, I expected non-stop pop that would have me out of my chair and dancing before the first song was over. However, the album's instrumental opening track features a woodwind section and a mellow tone that one would expect more from an artist like Sufjan Stevens. This abrupt change could puzzle anyone who is accustomed to the band's body-moving sound.

As the album progre

at Casiokids are still the same band, just with a slightly shifted mindset. With summer passed and autumn setting in, songs like “Dresinen” and single “Det haster!” are made for cooler nights when the sun sets early, but the kids still want to go out to play.

That isn't to say this is an album you'll only listen to at home on rainy days. The band's signature synthesizers are still peppered throughout, accompanied by a wider array of instruments to give the album ethereal notes. Club-ready tracks “Golden Years” and “Olympiske Leker” will make listeners feel like little rays of sunlight are peaking out early.

Despite a slight break from their usually peppy tone it is clearer than ever that Casiokids have a bright future ahead of them.