ALBUM REVIEW: “Adventures In Your Own Backyard” by Patrick Watson 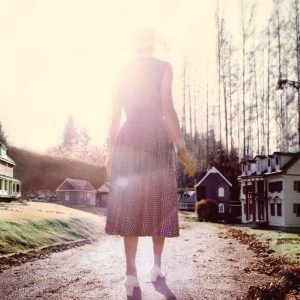 Patrick Watson
Adventures In Your Own Backyard
[Domino Record Company]

Patrick Watson‘s Adventures In Your Own Backyard is an ambitious album that unfortunately falls short of its lofty aims. The album is marked by orchestral instrumentation delicately arranged to create an ethereal, atmospheric quality. Joyously catchy “Into Giants” features female harmonies, and is more folky than others, which often border on drowsily sombre. Theatrical opener “Lighthouse” starts off sparse, until a trumpet signals a change in scenery, evoking imagery of a stylized Western confrontation.

Watson’s falsetto has brought comparisons with Jeff Buckley, whom he counts among his inspirations. However, where Buckley’s voiced soared from whispered depths to an electrifying other-worldly cry, Watson’s hums a consistently subdued tone. The mid-tempo waltz of “Morning Sheets” is not dissimilar to Buckley’s “Everybody Here Wants You,” but lacks the latter’s sexy hook. “Blackwind” has a solid acoustic backbone, and strings and upbeat percussion build a comforting space for Watson’s haunting voice to dance in. The aimless meandering instrumental “The Things You Do” serves no purpose but to prompts a perplexed “WTF” from the listener.

Patrick Watson’s experimental journey is intriguing and at times beguiling, but you may find yourself often disoriented with a distinct lack of direction, never arriving at your destination.