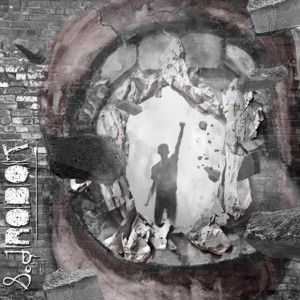 On their website, Sad Robot claims that their debut album gives “the sense of something more — that the whole is greater than the sum of its parts.” They were talking about 1.0, but the description could have easily referred to the band itself. Katherine Pawlak’s throaty vocals, Nick Perez’s fuzzy guitar, and Jake Hogenson’s driving, powerful drumming come together to form a rich wall of sound that far exceeds each member’s talents. The LA-based trio has released a remarkable first album, and it’s a miracle they remain unsigned.

1.0 is particularly impressive in its range. On “Hold On,” Pawlak’s arresting voice soars over a hopeful string arrangement, while “How Does It Feel” is a slow, menacing ode to lost love. Sad Robot ups the tempo on “The Prostitute” and “Goddamn The Man,” a pair of powerful tales of struggle that show the band at their punchiest.

Sad Robot have already made a name for themselves in the LA indie scene, and this album ought to propel them to much greater success. Quirky, forceful and cohesive, 1.0 demands attention — and we’re only too happy to comply.